A smart way to get deals done

Acquisitions for many businesses are key to delivering their growth plans. Having identified an appropriate acquisition target and agreed a deal in principle the Sale and Purchase Agreement (SPA) is often the key document in most deals. The SPA defines both the terms of the proposed deal and the basis for calculating the final purchase price.

The final price paid for a business can often differ significantly from the initial offer price agreed at the outset of the acquisition process. The completion mechanism that derives the price adjustments can require careful negotiation.

While the completion mechanism will vary according to the specifics of the deal it is important to consider how certain value adjusting items are treated, what pricing mechanism should be used and which areas of the deal should the company and their advisers focus on.

In the last number of years the ‘locked box’ mechanism has become popular, primarily due to there being no need to negotiate and prepare completion accounts. Under a locked box mechanism, the purchase price is fixed by reference to a historical balance sheet prior to signing the SPA. The buyer and the seller are often attracted to this mechanism given the potential to save time and reduce potential disputes arising during negotiations of the completion accounts.

In most deals a number of items are disputed more often than others. For example the treatment of deferred income as a debt-like item rather than a working capital item can frequently be a point of contention. Deferred income represents a liability on the balance sheet for income invoiced in advance of the obligation being fulfilled. The accounting treatment of the deferred income may be a complex one and should be considered and agreed early in the process to avoid the potential stalling of a transaction completing.

Whilst deferred income is a common contentious item it is not the only item where the buyer’s and seller’s accounting treatment differs. It is therefore important, where possible, that both sides and their advisers are aware of the potential items where views differ and the rationale for these differences prior to the drafting of a detailed SPA.

Another common theme, of late, has been an increase in the use of earn-outs as part of the overall consideration in a transaction. The earn-out clauses within the SPA may also become an area of negotiation at completion. As a result, it is worth considering the implications of the earn-out at the outset of the SPA drafting. A suitable level of detail may avoid ambiguity or confusion during the earn-out period. It is worth remembering that it is in the interest of both sides that the business meets its proposed target and that the earn-out gets paid.

Transactions can be complex and time consuming, with the completion mechanism and SPA key to the deal reaching a successful conclusion. Identifying and agreeing on a completion mechanism and the treatment of contentious items early in the negotiations should lead to a smoother deal process. Fewer disputes will allow the businesses and advisors to focus on the key commercial aspects of the deal to complete the transaction faster and more amicably. 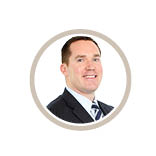