The COVID-19 crisis continues to be at the forefront of everyone’s mind.  Public health is the number one concern, and rightly so!  Sometimes watching the news, it feels that there is very little of positive news on the horizon - whilst the Government is continuing to support business and individuals financially via a number of different schemes, the question on everyone’s mind will be how will we, the public, pay for the massive debt building in the government finances?  What will this mean for future taxes?  Will austerity return to a larger extent than following the 2008 downturn?  Much will depend on how well the economy can bounce back and how long that might take to happen.

HMRC’s tax receipts over recent months have been significantly reduced - VAT, PAYE/NIC and Corporation Tax receipts have all fallen behind their normal levels.  Some of the drop in tax receipts will inevitably be due to timing differences, where customers have been successfully able to agree time to pay arrangements.  However, the general feeling is there will be a large amount of taxable receipts that will have permanently disappeared due to lower consumer spending, higher unemployment, increased business failures and a significant drop in the economy as a whole.

Common sense might dictate that, if taxes were to be raised in the immediate future that it could stifle any recovery, as consumer confidence would take a further nose-dive.

Rather than raising headline taxes in the short-term, we could see an increase in HMRCs tax take by way of certain ‘stealth-tax’ measures, such as the removal or alterations to certain tax reliefs.

Tax reliefs such as those that promote businesses and individuals becoming more environmentally-friendly are likely not to be affected.

Reliefs for succession planning, exit planning and inheritance tax planning may be altered.  We have already seen a significant decrease to the ‘Entrepreneur’s Relief’ limit for Capital Gains Tax (‘CGT’) purposes in the Spring Budget earlier this year.

Speculation has already started surrounding the Government seeking to increase the current CGT rate of 20%, which is notably lower than our neighbours in Ireland (33%) and throughout the rest of Europe.  However, action such as this could also cause a negative effect to tax take where, taxpayers could be more cautious around transactions and deals in this potential scenario.

Altering property taxes and taxes for the top earners/wealthy could have the least negative effect, but doing this in the short term could be disastrous, consumer spending and confidence levels could dip further and taxpayers could be more cautious than before when making investments which all have a negative effect on an already strained economy

Overall tax increases are most likely inevitable, however, the timing of any such changes could be up for debate.  Government priorities over the next 12-18 months will also dictate how taxes may be affected.

Businesses should be capitalising on the downtime and using this time to revaluate their business, devise plans for the future, and plan how they can adapt their business to survive the road ahead.

Whilst the future of the current pandemic is uncertain for almost everyone and fears of further potential lockdowns will be weighing heavily on businesses mind, it is important that contingency plans are made now such that businesses are as resilient as possible in navigating their way through this crisis.   Discussing those plans with your tax advisor may be crucial to ensuring that the tax position of your business or personal affairs is as efficient as possible.  This will ensure that you and your company are best positioned to ‘pay for COVID-19’. 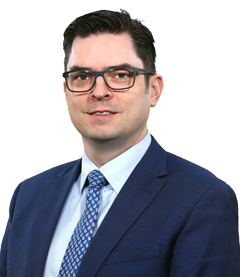