The Gender Pay Gap is an emotive topic and there is significant public interest in it. One Welsh MP is reported as stating the findings from recent studies were “astonishing” and “immoral”.

From the end of this current tax year it may also be an issue that impacts directly on the business of large employers with over 250 employees.

The Equality Act 2010 (Gender Pay Gap Information) Regulations came into force in April 2017 and by 5 April 2018 private sector businesses with more than 250 employees are obliged to publish some data on their “Gap” (30 March 2018 deadline for public sector employers).

The Regulations require the “Gap” information to be easily identifiable and disclosed on a business’s website, where it will remain for up to 3 years.  As one would expect, the data is also required to the Government, and large businesses can now register online at https://genderpaygap.campaign.gov.uk/ .

Remuneration is defined in the regulations, and specific hourly rate calculations must be used per employee when conducting the necessary analysis.

There is undoubtedly a challenge for employers to resource the reporting of the “Gap”.  For example, who in an organisation will be responsible for it? – is it a finance, HR or payroll issue?

Who has the information and where is it stored? Is it held in-house, in common formats, or is it necessary to access data held by a 3rd party vendor?  How is the confidentiality of the data dealt with?

When should the organisation start to prepare for the reporting requirements?

With resources typically committed elsewhere around the end of the financial year, key areas such as the timetable, analysis, web content and marketing implications should be considered now to avoid a crisis later.

As the “Gap” data will become public, commentary is being encouraged by Government but it is not mandatory. It may however only be the brave who publish their “Gap” and move on.

A business’s “Gap" will be available to the public, staff, competitors and importantly potential recruits. Much consideration should therefore be given to management of the messages and the feedback.

Some data has been published already and over 500 employers are reported to have published in advance of the April deadline. Is there anywhere to hide? Probably not.

For the time being businesses with less than 250 employees could reasonably assume it is safe to ignore their own “Gap”. They ought to be mindful of the stated desire from Unions and Government to push more firms to voluntarily publish data. Indeed, it could reach a point were an employer may find that by not reporting on “Gap”, they could be perceived as having something to hide. 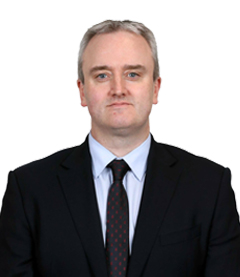