A lack of devolved government in Northern Ireland could deepen an already growing skills shortage in the food and drinks sector, a major industry event has heard.

Leaders from the sector voiced their concerns at a recent dinner hosted by leading business advisory firm Grant Thornton.

The event, held at Hilden Brewery, brought together more than 20 directors from some of Northern Ireland’s best-known food and beverage companies.

The evening was hosted by Charlie Kerlin, Head of Grant Thornton’s Food and Beverage team in Northern Ireland, along with special guest Joy Alexander, Head of Food Technology Development at CAFRE (College of Agriculture, Food and Rural Enterprise).

During the after-dinner discussion, many of those in attendance voiced concerns that the lack of a functioning, devolved assembly was harming the agri-food sector’s efforts to address a growing skills gap in the industry.

In particular, some directors said that not having a devolved minister in place meant there was a lack of local influence to ensure that funds from the recently-introduced Apprenticeship Levy were sufficiently addressing the skills shortage.

“This year, we wanted to focus on skills as this is something that a large number of our clients are talking to us about as a key concern going forward. There are many factors impacting the shortage, including a reliance on workers born outside the UK and too few young people viewing the industry as a viable career option.

“These concerns have also been borne out in research conducted by Grant Thornton alongside the Food and Drink Federation which found that, despite all the uncertainty surrounding Brexit and its implications, the number one concern in the sector isn’t tariffs, trade or exchange rates, but skills.”

“The big issue for everyone at the minute is a concern about future labour.

“In some parts of Northern Ireland, as many as 65% of workers at agri-food firms are foreign nationals, and there is anecdotal evidence that many of those are either already in the process of moving away, or are considering it.

“The implications, therefore, for our businesses are huge. It’s across all sectors at different levels, but seasonal and horticultural firms in particular are feeling the effects.

“The gap has to be filled somewhere, and that’s the next challenge on the horizon for all of us.”

With a need to refocus on ensuring the local workforce is sufficiently skilled to assume the positions, Charlie said the sector has suffered from an image problem at times.

“There is a perception of the food and drink industry that it is low paid and low skilled, but this is not the case. In fact, some of the greatest gaps in employment are at the senior end in management.

“It is true, however, that the workforce is ageing so there is a major opportunity for young people to take their first steps on what could be a very successful career path.”

Joy said that great strides had been made in recent years to encourage young people into the industry:

“Thankfully, over the last six to eight years we are seeing a growing trend of students wanting to enter the food and drink sector, with around 400 now at CAFRE.

“Crucially, there are more than enough jobs to satisfy the numbers when they graduate.

“Food is currently in a resurgent position and there are a lot of good news stories coming out of Northern Ireland.

“We still have work to do, though, to show that there is a pathway of progression and a good career path for those that do take it up.” 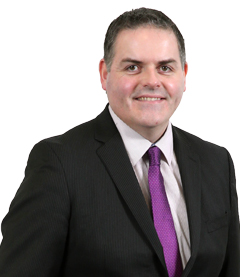