The 2018 Runway Run launches with a water cannon salute 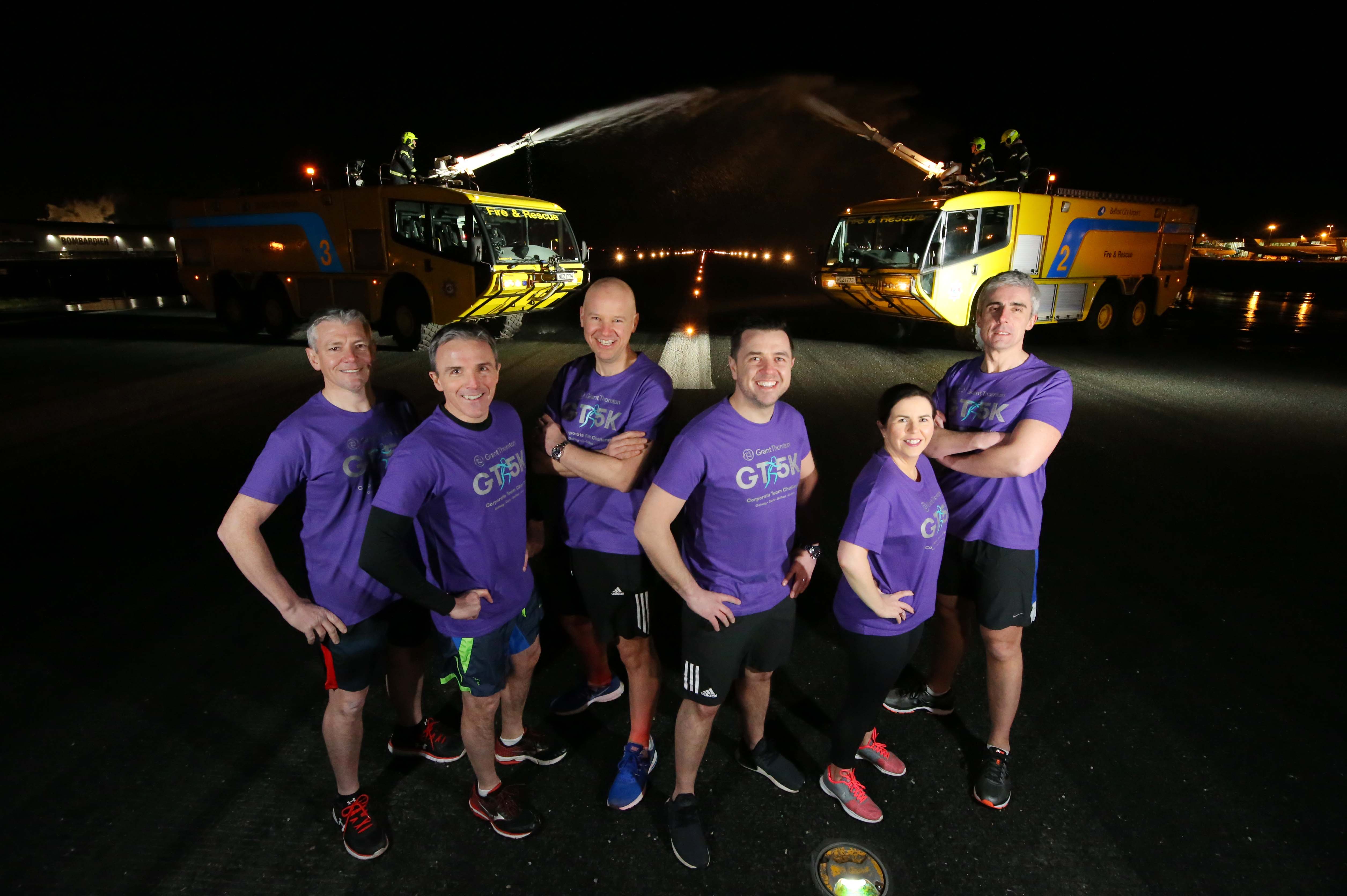 The 2018 Grant Thornton Runway Run has been launched in ceremonial style with a water cannon salute signalling that entries are open for the ever-popular event.

The Airport Fire appliances will return to the runway at George Best Belfast City Airport to repeat the eye-catching tradition for the start of the run on Thursday 21 June.

Around 600 runners from businesses across all sectors will take to the runway at 11pm for the fourth year of the 5k team race, with Grant Thornton having selected the Simon Community as its charity partner this year.

The leading business advisory firm has recruited radio presenter Pete Snodden to provide commentary of the race, and, for the first time, every runner will receive a commemorative medal for participating.

“The idea of 600 businessmen and women taking part in a 5k race late at night on an airport runway may have seemed far-fetched at first, but it’s now a ‘must-do’ event in the calendar for many businesses.

“We had a record entry of 600 runners last year and we are expecting interest levels to be sky-high once again this year. We’re introducing a few new features and race commentary from Pete Snodden will add to the atmosphere on the night.

“We’ve had plenty of familiar faces who have taken part every year - from legal and financial firms to manufacturing and distribution companies - and we look forward to seeing them again, while also welcoming debut participants.

“As well as having plenty of fun and enjoying the friendly rivalry that comes with any race, we will also be raising money for the Simon Community. Spaces are limited, so please go online and sign your team up as soon as possible to avoid disappointment.”

Supported by Athletics Ireland, the race is open to all businesses and organisations in Northern Ireland, who are invited to enter a team of four in one or more of three categories – male, female and mixed.

Prizes will be awarded in each category, with team members’ finishing times combined to determine the winner. Hireco TL and Danske Bank completed hat-tricks last year by winning the women’s and mixed categories respectively, with Camlin Group claiming the men’s prize.

Looking forward to commentating on the race for the first time, Pete Snodden said:

“I got a taste for the Grant Thornton Runway Run when I was there last year and the buzz, both pre-race in the terminal and out on the runway, was fantastic. I can’t wait to get even more involved this year by commentating – and I look forward to seeing businesses there.”

To register for the 2018 Grant Thornton Runway Run and to view full terms and conditions, please see here