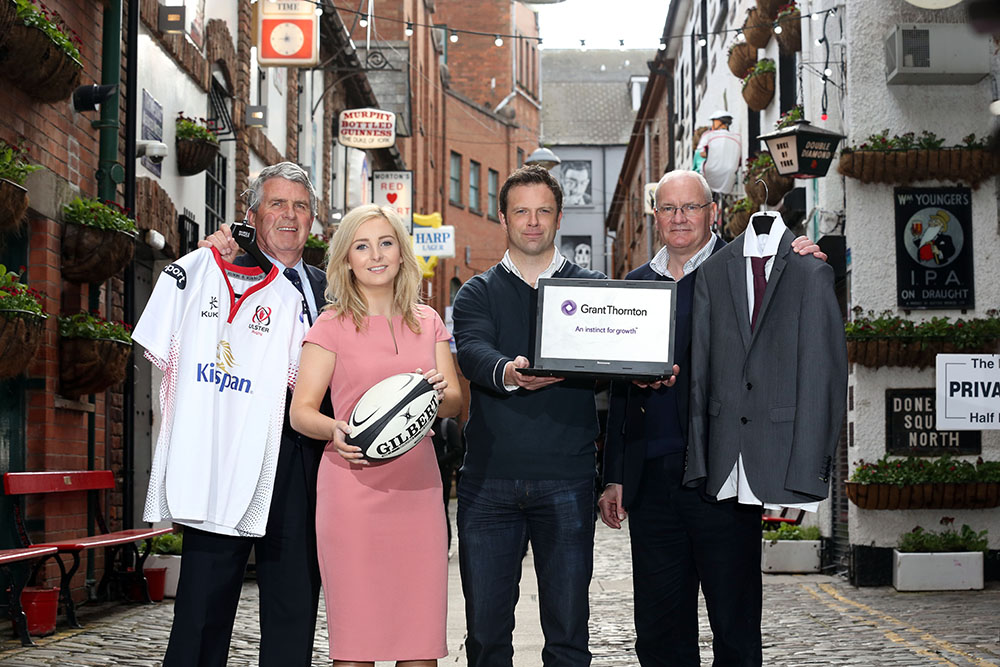 Teamwork skills used in the sporting arena can garner success in the corporate world, the audience at a Grant Thornton business event has heard.

Former British and Irish Lion Dick Milliken told more than 100 young business men and women how he had forged a successful career following retirement from the game by using his individual strengths to support an overall team effort.

He was speaking as part of a panel at the third annual Grant Thornton Young Professionals event, which this year had a theme of ‘the Business of Rugby’.

Dick spoke about how business and sport positively affected his life, and how the challenges he faced while playing helped prepare him for a career off the field.

Hosted by TV presenter Claire McCollum, the event took the form of a question and answer session for the panel, with audience members joining Claire in asking the guests a series of questions. The night took place in the Dark Horse and attracted an audience from across a wide range of sectors, including legal and finance.

Dick Milliken’s success in the business world has mirrored that on the rugby field, as he currently sits on the boards of Ryanair, Bank of Ireland Mortgage Bank and Catalyst Inc amongst others.

He said skills gained in the sports arena were transferable into a corporate career:

“I think teamwork is obviously something which is very important.

“Sometimes in rugby, you can have an outstanding individual who does all sorts of amazing things but doesn’t work with his team-mates. It is the same thing in business. You can have somebody who is extraordinarily bright but you just can’t work with them.

“The recognition that you have to be part of a team, is something all successful sportspeople have, as well as those at the top of the corporate world.

“Sometimes it’s not the brightest guy or girl, it’s not the most talented rugby player, it’s the person that can mould their strengths into the overall team that really makes a massive contribution.”

Speaking about the event, Ian Davison of Grant Thornton said:

“Now in its third year, our Young Professionals event has established itself as one of the most dynamic networking events on the business calendar. Once again, the guest list included young professionals from some of Northern Ireland’s leading companies.

“We’re always looking to do things differently at Grant Thornton and we tasked our Young Professionals committee with securing a stellar panel whose business insights would stimulate an interesting debate. The speakers certainly did just that and the audience was highly engaged throughout.”