A sweetener for many businesses...despite the sugar tax

In his eighth Budget announcement to Parliament on Wednesday 16 March, The Chancellor, George Osborne delivered a Budget which included a number of changes to the current tax rules.

The Chancellor indicated he wanted to “back small business” and his speech did deliver a number of positive tax measures. At Grant Thornton, we see the importance of the mid-market to the UK and particularly the Northern Ireland (NI) economy and support the positive incentives announced today which should allow firms to invest, grow and boost productivity.

The business community here in NI is likely to welcome that there were a number of tax rate reductions.

One of the themes of today’s Budget has been to differentiate between gains realised on different categories of assets. Gains made as a result of investing in entrepreneurial business will suffer reduced rates of tax as compared to gains made from pure investment assets. For example, the government is extending entrepreneurs' relief to outside investors in unlisted trading companies investing in newly issued shares purchased after 16 March 2016. Provided the shares are held for at least 3 years from 6 April 2016, they will benefit from a 10% rate of tax with a separate lifetime limit of £10 million of gains.

There has been a reduction in the higher rate of CGT from 28% to 20%, with the basic rate falling from 18% to 10%, in relation to disposals made on or after 6 April 2016. Types of property that do not qualify for the reduced CGT rates include residential property and 'carried interest'. Such a move should help to encourage investment and paradoxically it may also increase tax yields by making tax less of an issue in the context of selling investment assets.

At the same time the government has listened to representations that the changes made in Finance Act 2015 went too far, unnecessarily limiting the availability of entrepreneurs' relief to retirement from or sale of businesses. A number of changes are proposed to change this retrospectively and also in a way that seeks to protect the exchequer. A number of measures have been introduced, designed to protect the tax base and discourage planning measures that the government considers to be undesirable.

Finally, the government is introducing measures to focus and cap reliefs as a result of reducing CGT rates. This includes introducing a lifetime ceiling of £100,000 on gains treated as being exempt under the Employee Shareholder Status rules, which from an employment law perspective prevented NI businesses benefiting, however, may impact upon individuals who reside here but work in Britain.

Similarly, whilst investment managers are able to pay CGT at 28%, instead of income tax at up to 45%, on their performance related carried interest returns, in order to do so the fund must undertake investment activity with horizons in excess of 3 years.

Large companies were heavily targeted in today’s Budget with a number of measures being introduced that aim to raise nearly £8 billion from large companies and multinationals over the course of this Parliament.

Not unexpectedly, and in line with the OECD’s recommendations under the BEPS Action Plan, new rules will apply from 1 April 2017 to restrict the tax deductibility of corporate interest expense, for both third party and intragroup borrowing, based on a 30% fixed ratio rule subject to a supplementary group ratio rule. There will be a £2 million starting threshold and specific rules for private finance for public infrastructure projects.

The Chancellor also confirmed rules implementing the BEPS recommendations to address hybrid mismatches, in order to prevent multinationals avoiding tax through the use of cross-border business structures, will be introduced from 1 January 2017.

Anti-avoidance measures to require tax to be withheld from a wider range of international royalty payments have been introduced with effect from midnight.

Significant reforms to loss relief will be introduced from April 2017 providing greater flexibility for using losses against other income sources and in group entities while restricting relief for carried forward losses to 50% of profits over £5 million in a year to ensure some tax is payable.

The business tax road map, published alongside the Budget, indicates that the government intend to consult on potential reform of the Substantial Shareholding Exemption, applicable for corporate capital gains.

There was some good news for companies of all sizes, albeit longer term, with the announcement of a further reduction to the corporation tax rate to 17% from 1 April 2020. While from a Northern Ireland perspective, this may reduce the ‘cost’ of implementing a reduced rate of 12.5% it equally means that corporation tax in itself is less of a differentiator in seeking to attract FDI to Northern Ireland. The potential question then arises as to whether the Northern Ireland Assembly should consider a further reduction in the CTNI rate, to say 10% in the near future?

The Chancellor announced further changes aimed at discouraging residential property investors, with the aim of assisting first time buyers to get on to the property market.

The 3% increase in stamp duty land tax on second homes and buy to let properties, announced in the Autumn Statement and coming into effect from 1 April 2016, is now being extended to larger scale investors who were originally excluded from the increased charge. In addition, capital gains on the sale of residential properties will not benefit from the reductions in the main rates of capital gains tax rates from 6 April 2016 that were announced today.

The desired outcome of these measures, as well as the previously announced restrictions on interest relief for buy to let investors, is to reduce the incentive for investing in UK residential property rather than in companies creating wealth and jobs. However, our concern remains that the additional cost of the changes will simply be passed on to private tenants, further penalising them compared to those already on the housing ladder.

Also in the Chancellor's firing line are those using offshore structures to trade in or develop UK land in order to minimise tax on the profits generated. New legislation is to be introduced to ensure that all economic profits from trades involving dealing in or developing UK land are fully taxable in the UK.

The Chancellor also announced changes to the rates of stamp duty land tax on non-residential property, which is part of the government's plan to support smaller businesses and will result in lower stamp duty land tax on acquisitions of premises below £1.05 million. This is effective from tonight and will be welcomed by many businesses and entrepreneurs in Northern Ireland at a time when many businesses are seeking additional space for expansion.

Following the Chancellor's announcement before the Budget that the taxation of pensions would not be reformed in this Budget, speculation grew rapidly that he would instead remove the current relief from employer's Class 1 National Insurance Contributions (NIC) for employer contributions to employees' pensions funds; a relief recently reported by the government to be worth some £14 billion a year. This would effectively have ended salary sacrifice arrangements in respect of pensions.

While potentially raising revenue in the short-term, this could have had a serious negative impact on pension savings.

We are also pleased that changes to tax relief for pensions have been abandoned; a stable but flexible environment encourages a vibrant economy in which individuals and employers are incentivised to make appropriate pension provision for the long term. The younger generation will then have the opportunity to follow in a similar manner.

On that basis, we also welcome the Chancellor's announcement of a new flexible lifetime ISA that can be opened from 6 April 2017 by those aged between 18 and 40. Those eligible can save up to £4,000 each year and until the age of 50, receive an additional 25% bonus from the government. Savings, including the government's bonus, can be accessed to buy a first home and in retirement. In the latter instance, if the funds are withdrawn after the age of 60, they will be entirely tax free.

This arrangement appears similar to the Pension ISA idea that some thought the Chancellor was going to introduce to replace the current pension regime. Its appearance as a Lifetime ISA may be indicative that the Chancellor had indeed planned to do so. He may still do so, of course…

Whilst the devil is invariably always in the detail, many of the announcements today appear to support business. 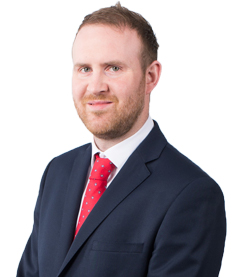