NI Legal in the 21st Century

The legal system in Northern Ireland has begun the integration of technology into daily practice, similar to its counterparts in England, Wales and the Republic of Ireland.

A major step forward was recently taken with the announcement of the publication of a tripartite Paper by the Northern Ireland Courts & Tribunals Service, the Department of Justice, and the Office of the Lord Chief Justice of Northern Ireland, titled ‘Modernising the Courts and Tribunals in Northern Ireland’.

This new advancement will ensure and permit the NI Courts and Tribunals to become more efficient, with increased use of digital and virtual services, and allow for (i) some cases to be conducted remotely; (ii) electronic online judicial case management; and (iii) the digital provision of documents to be referred to during Court or Tribunal case hearings.

The Paper contains a number of ambitious plans, which will require significant investment and will be complex to achieve, but would bring with them significant benefit to Northern Ireland, possibly even making it a centre for international legal disputes.

Significant changes to existing procedures, upgrades to infrastructure of existing courthouses (as well as courtrooms), and possible legislative changes are just some of the challenges that will need to be met in order to bring about this new planned approach, as outlined in the tripartite Paper.

In a recent webinar published by the Association of Certified eDiscovery Specialists, (ACEDS) Ireland Chapter, Mr Justice Horner, Head of the Commercial Court in Northern Ireland, outlined his role in the modernisation project and the central role that eDiscovery and legal technology will play in the Commercial Courts going forward.

There can be no doubt that legal professionals in Northern Ireland, regardless of level of qualification, legal discipline, or office location should familiarise themselves with the project aims, impact and outcomes, as it will primarily impact on them.

The recently announced commitments to modernisation of the Courts and Tribunals are not limited to governmental or administrative bodies alone. We are now seeing the legal firms beginning to recruit specialists who can help facilitate the integration of technology in to the practice of law. Indeed, exciting and innovative times lie ahead for all legal practitioners, professionals and support services operating in Northern Ireland in this area - watch this space! 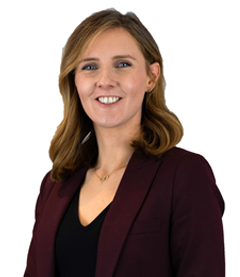