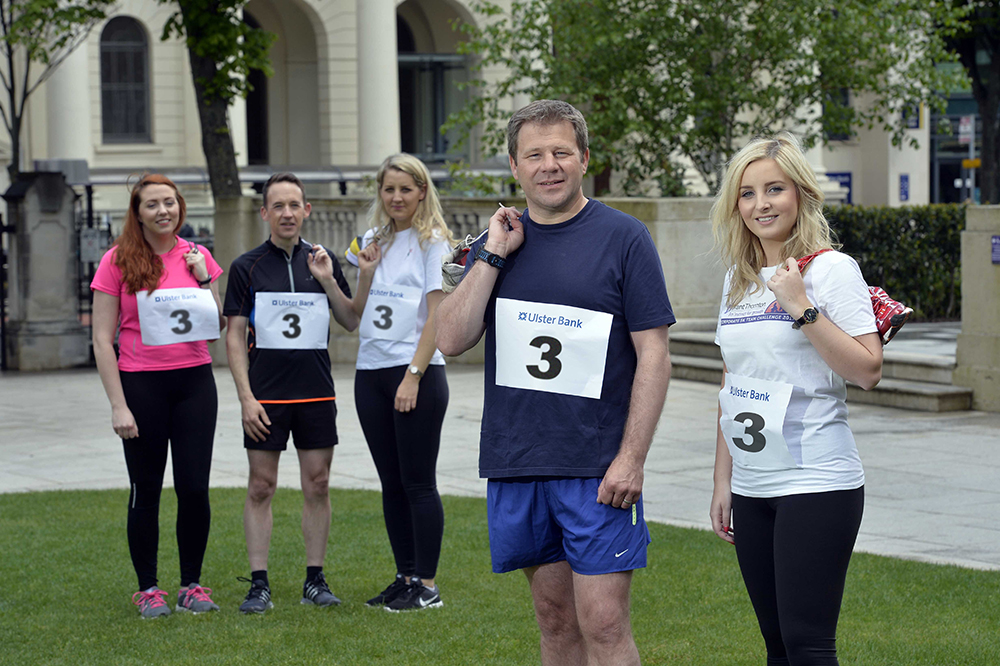 With almost exactly a month to go until the 2017 Grant Thornton Runway Run takes place, entries are 40% higher than they’ve been before at this stage of the build-up to an event that’s now in its third year.

The Grant Thornton Runway Run will once again see over 500 runners from businesses across all sectors take to the runway at George Best Belfast City Airport for a 5k team race (four people in a team) at 11pm on Thursday, 22 June.

It’s not often people get an opportunity to join colleagues in running 5k on a major airport runway, and you can tell that the idea really has caught the imagination of local businesses - from legal, financial and recruitment firms, to aviation and manufacturing companies.

Former Ulster, Ireland and Lions star Stephen Ferris is the official ambassador for this year’s event.

“We are delighted with the response to this year’s event. There are only limited spaces available so we encourage those who wish to participate but have not yet registered to visit www.grantthorntoncorporatechallenge.ie and enter as soon as possible.

“It’s great to see new firms entering for this first time, while it’s always encouraging when companies come back for more having taken part before – many of this year’s entrants are competing for the third time.”

Ulster Bank is one of the firms leading the way in terms of number of teams entered, having registered three teams.

“The fact that three teams from Ulster Bank have signed up to take part in the Runway Run this year is a sign of how popular the event has become in a very short space of time.

“There are plenty of firms that have entered multiple teams and we look forward to seeing them on the night. It’s an opportunity to network and build relationships in such a unique setting under the runway lights.

“Grant Thornton has chosen the Make A Wish Foundation as its charity partner for the run this year and we are really pleased to support the great work this organisation does.”

While entries are higher than ever before, there are a few spaces remaining. Entries are in any of three categories - men’s, women’s and mixed.

To register for the 2017 Grant Thornton Runway Run and to view full terms and conditions, please visit www.grantthorntoncorporatechallenge.ie