By:
Charlie Kerlin Follow on LinkedIn
It can seem at times that the news agenda continually switches from one crisis to the next, turning much of what we hear into nothing more than white noise. But the current cost-of-living crisis simply cannot be ignored and is having a deep impact across the economy.
Contents

As always, there are challenges and opportunities for businesses that can appropriately pivot their products and services to ensure they remain relevant to their core customers that retain spending power.

The majority of us, as consumers, will feel the pinch to a greater or lesser degree and this is making a significant difference to how we spend our money.

It is already impacting all sectors but will likely be felt particularly deeply in areas such as retail, food and drink, and hospitality.

To provide a clearer picture for businesses, we recently partnered with Retail Economics to produce The Cut Back Economy report that looked at how the current economic climate is impacting discretionary consumer spending.

Against a backdrop of inflation reaching 9.9 per cent in August, it is inevitable that many households are going to cut back on their spending.

The report estimated the cost-of-living crisis will slash around £24.9 billion per annum from discretionary spending across the UK economy. Northern Ireland is expected to be hit harder than other parts of the UK due, in part, to the different way that energy prices are regulated.

We have seen the impact of that over the past few months with the rising cost of housing and utilities, including electricity and the cost of heating oil or gas, and transport.

These are staples which mean that for the least affluent households, they are now spending around two-thirds of their entire income on necessities.

Our research showed that 86 per cent of households surveyed planned to cut back in some way, but there are some variances.

More than a third (36 per cent) of those surveyed could be considered ‘financially stressed’. Other significant cohorts identified included ‘squeezed spenders’ (25 per cent) and the ‘comfortably cautious’ (25 per cent), each of which are planning to cut back spending for one reason or another.

Just 14 per cent were determined to be ‘financially immune’, illustrating the wide impact of the cut back economy.

So how do we speak to the 86 per cent, led by the younger generations whom, the report found, are leading the cut back?

While some will simply have to cut back by necessity, a significant proportion of the population while more cost conscious, will still have some level of discretionary spend.

The data shows us where and how habits are changing. We’re seeing a shift from shoppers towards the discounter supermarkets and own labels, while demand for foodstuffs such as dry pasta and grain are increasing exponentially.

Consumers are increasingly mobile, seeking to move brands or retailers.

To allow businesses to pivot, data will be essential. By gathering and analysing the relevant data and market trends, businesses can better understand the behaviour and intentions of their core customers. What are they willing to compromise on in order to spend less? Is it lower quality, a lesser experience or are they prepared to sacrifice convenience?

Companies need to refocus on their core customers that retain spending power and ensure their product is appropriate to that market segment whilst offering value for money.

Working with businesses in the space, we are seeing them work on their contingency planning, seeking ways to become more efficient, optimise production and reduce waste. Financial resilience is going to be a key area of focus for our clients.

No doubt it will be a challenge, but understanding consumers and their behaviour is key to navigating the period ahead.

To find out more about the Cut Back Economy Report, view our webinar at https://www.grantthornton.co.uk/insights/webinar-the-cut-back-economy-report/ 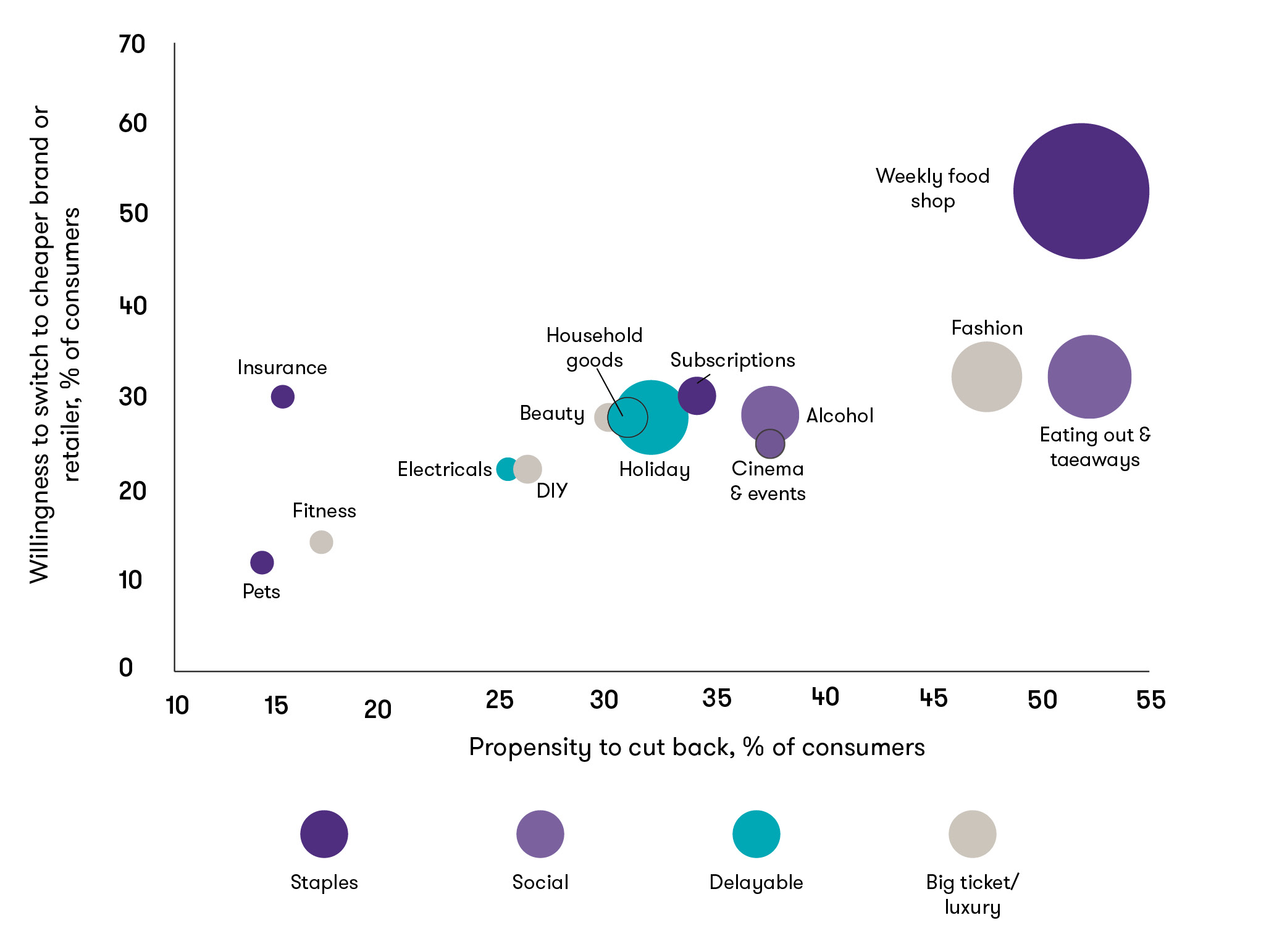