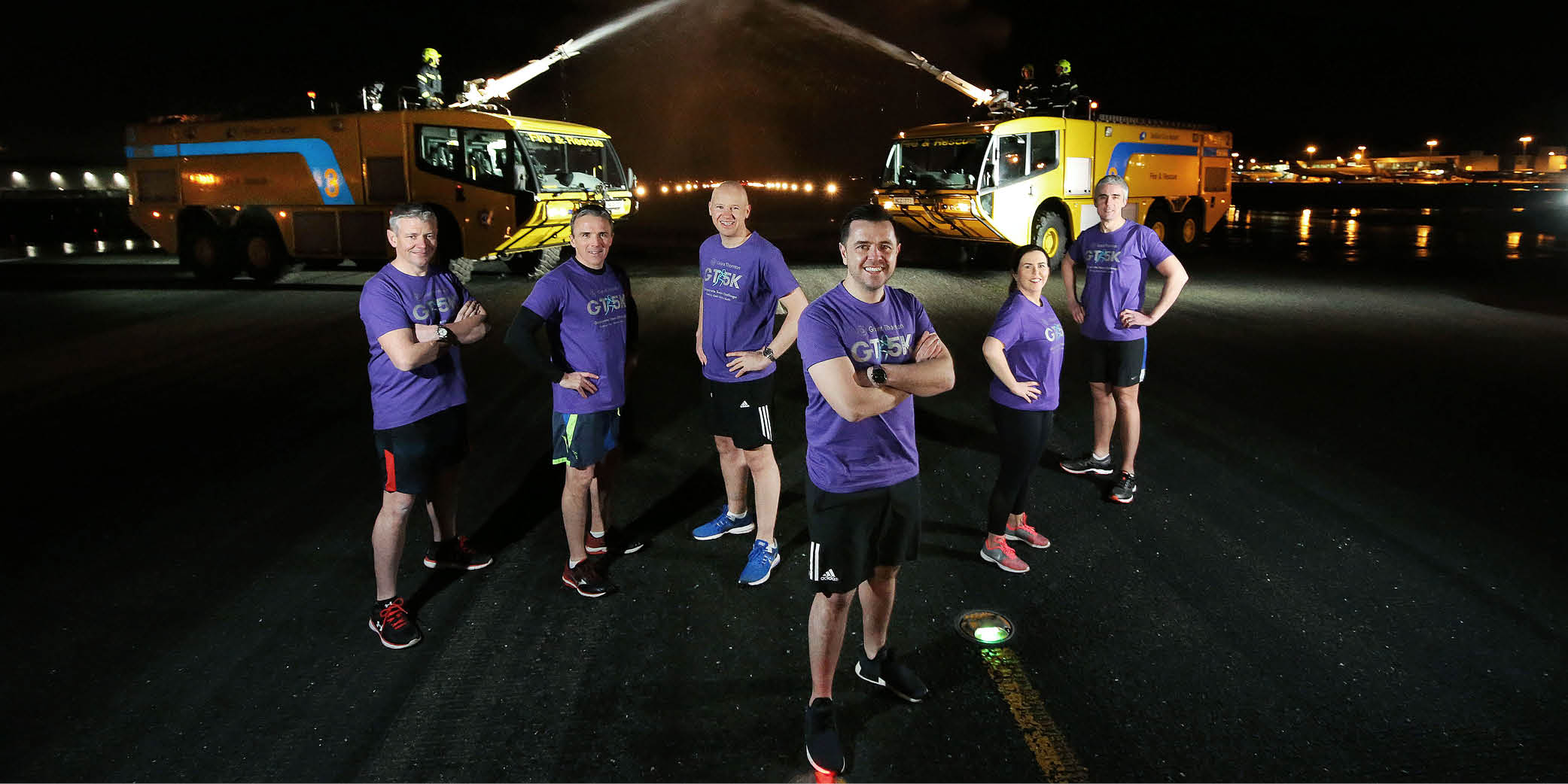 The Cool FM presenter is part of the digital ‘social squad’ of ambassadors for the 2021 GT5K, usually run in Belfast, Dublin, Cork and Galway, which will take place virtually for the second year, allowing participants from all over the island of Ireland and Internationally to take part on 8th September.

This year marks the milestone 10th year of the GT5K series, which has grown from one event in one location to, in pre-COVID times, four separate 5K races with over 8,000 participants covering each province, including the Runway Run at Belfast City Airport.

Last year’s virtual event saw runners participating from much further afield for the first time, including runners taking part in the US and The Cayman Islands.

The race will be open to individuals and teams of four which can be made up of corporates, families, sports clubs and anyone who wishes to enter a team. Participants will be invited to complete the 5k at any time on 8th September and upload their time to a live leader board by midnight the same day.

Pete and his social squad’ mates form a team of regional ambassadors for the event to encourage teams to get up and get active. Other squad members include Boidu Sayeh, Westmeath footballer and Tom Daly, Connacht Rugby player and Irish Ladies Rugby International, Eimear Considine.

Commenting on her involvement in the GT5K, Olympian Derval O’Rourke said: “I am delighted to be an ambassador for the GT5k. During these COVID months, so many people have benefited both physically and mentally from either walking, running, or cycling 5k. Myself? I fell back in love with running (don’t forget to stretch before and after!) and I am looking forward to running this 5k on September 8th”

The race series encourages social running amongst Ireland’s business community and welcomes all abilities, from beginners to experienced runners.

Organised by the governing bodies Athletics Northern Ireland and Athletics Ireland, the GT5K will support the top emerging young athletes across the island.

Grant Thornton has also partnered with the Alzheimer’s Society for this year’s event to help raise funds for the charity.

Commenting on the GT5K launch, Grant Thornton Northern Ireland Managing Partner, Richard Gillan said: “We are pleased to once again host the prestigious GT5K, albeit virtually, for a second year. Despite not being able to gather once again for the Runway Run, which is always a hugely popular event, our goal of promoting positive physical wellbeing while supporting charitable causes remains the same.

“It is fantastic to have Pete Snodden, a long-time supporter of the Runway Run on board once again for this year’s event.

“We encourage employees, clients, corporate teams, their families and anyone else who may wish to get involved to join in, get fit while raising funds for the Alzheimer’s Society.

“Each year the GT5K unites individuals from a range of industries from legal and financial firms, to manufacturing and hospitality businesses providing ample opportunity for team building and we hope this year is no different.”

Speaking at the launch Hamish Adams, CEO of Athletics Ireland, said “We are delighted to be working with Grant Thornton in building on the success of last year’s virtual GT5K Corporate Team Challenge. Everyone can once again take part in this year’s event irrespective of location, and in doing so you will be supporting a wonderful cause.”

More information and registration is available here. The entry fee per person is £9 + booking fee or £36 + booking fee per team with all participants receiving a GT5K t-shirt to wear on race day!”