The clock is ticking for contractors and ‘off payroll workers’

Medium and large businesses have new and costly obligations from April 2020, when changes to the IR35 legislation will impact engagements with their population of ‘off-payroll workers’. These are workers who are engaged through intermediaries such as agencies or ‘personal service companies’. The changes will also significantly increase risk for these businesses.

HM Revenue & Customs (HMRC) believe that some workers provide their services through an intermediary for the sole reason of gaining a tax advantage over being employed directly, as payments can be made gross of tax. IR35 legislation was drafted to prevent this, and while it has existed for some time, HMRC has not had the results it expected.

The legislation looks at the engagement itself and seeks to create a ‘hypothetical contract’ that reflects what the engagement might look like if there was no such intermediary.  Case law provides a number of indicators which are then examined to see if the engagement is one of employment or self-employment.

Factors such as control, financial risk, and substitution rights are key indicators that will be considered in deciding whether the engagement is really one of employment, in which case, payments should be taxed accordingly.

Currently the onus is on the worker to disclose that their contracts fall under the IR35 rules and operate PAYE and NIC on any gross payments they receive. These rules changed for public sector engagements in April 2017 when the responsibility for this assessment shifted from the worker to the engager. From April 2020 all medium and large businesses will now be responsible for making an assessment as to whether the IR35 rules apply when making payments to off-payroll workers. If the new rules apply, they will be obligated to operate PAYE and NIC on payments made to the intermediary.

Businesses must now take several steps in order to meet with the new rules.

Firstly, they must identify their population of off-payroll workers, which could be an onerous task if there are multiple sites and hiring managers.

Supply chains must also be reviewed to ascertain who is the ‘end engager’ and who is the ‘fee payer’. Foreign companies and agencies are not exempt where the worker is based in the UK, and there are complex rules over responsibilities when there are off-shore engagers and fee payers.

Businesses will then have to assess the engagement and issue a ‘Status Determination Statement’ down the supply chain to get to the worker. There are statutory processes governing disputes, but ultimately the worker has no way to appeal an assessment once it has been re-assessed.

And if this is not enough, HMRC will ask to see evidence of audited processes and regular assessments being made and will issue penalties where adequate evidence cannot be provided.

This is all creating significant work for affected businesses in reviewing their population of off-payroll workers, getting appropriate documentation in place, and reviewing contracts to ensure they are structured correctly for the future. With only weeks left before the changes take effect, time is of the essence. 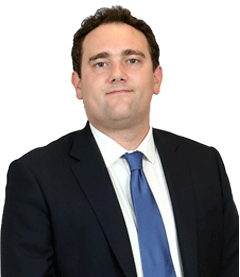