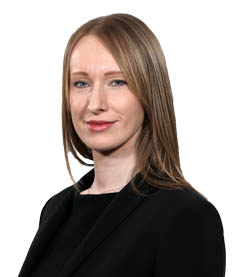 By:
Gemma Johnson
Many countries in the world, including the UK and Ireland, have tax regimes that provide a lesser tax burden for foreign domiciled residents than for their own citizens.
Contents

Portugal, Italy and Greece, for example, have favourable tax rules for non-domiciled residents with the aim of attracting wealth and talent from abroad.  The UK’s regime has hit the headlines in recent weeks – but what are the rules that have come under scrutiny and are they set to change?

The majority of individuals in the UK pay UK taxes on their worldwide income and gains generally as and when they receive or earn income, and when they make a disposal giving rise to a capital gain.

Non-domiciled individuals may be able to access the ‘remittance basis’ of taxation, meaning that they pay UK tax on UK income and gains, and only pay UK tax on foreign income and gains if they bring these to the UK.  The remittance basis regime has been in existence since income tax was introduced in 1799 and various significant restrictions have already been introduced over recent years, meaning that even fewer can benefit.

Generally, use of the remittance basis requires a formal claim to be made on a tax return and results in the loss of personal allowances and annual exemptions.  Once an individual has been resident in the UK for 7 out of the last 9 years, an annual charge of £30,000 becomes payable in order to use it, and once resident for 12 out of the previous 14 years, this charge increases to £60,000.  Once resident in the UK for 15 of the previous 20 years, an individual becomes deemed domiciled in the UK and can no longer use the remittance basis; at this point they become subject to tax on their worldwide income and gains in the same way as any other UK resident and domiciled individual.  HM Revenue and Customs can challenge an individual’s claim to non-domicile status and use of the remittance basis by raising an enquiry into the tax return.

The concept of ‘domicile’ is a legal one and everyone has a ‘domicile of origin’ at birth which, in the UK, is typically their father’s domicile.  Although it can be difficult to change one’s domicile, a person could acquire a UK ‘domicile of choice’ if they come to the UK with the intention of remaining there permanently, in which case the remittance basis of taxation would not be available.

Perhaps some of the recent fallout is due to a misunderstanding of the rules although much of the public outrage has been around a perceived lack of fairness in certain wealthy individuals being able to arrange their tax affairs in such a way that the majority of people in the UK cannot.

There will always be a conflict that exists between fairness and competitiveness and perhaps there will be some further reform or simplification of the UK’s regime ahead.  The UK will however want to retain a competitive edge in order to attract talent and the economic benefits that come along with it so a ‘lighter’ tax system that attracts foreign expertise is still likely to exist.