Yesterday the High Court ruled that Parliament, not Government, has the constitutional power to trigger Article 50

This is not the end of Brexit

This does not mean that the UK will not leave the European Union. All that has changed is that instead of Theresa May alone deciding to trigger Article 50 (the formal mechanism for leaving the European Union) it will now require a vote in Parliament. The House of Commons and the House of Lords both have a majority of members who were in favour of remaining in the EU during the referendum, but it is highly unlikely that they would vote point blank against the referendum verdict.

It may mean a slower and possibly ‘softer’ Brexit

The judgement may mean that Article 50 is not triggered by March 2017, as previously stated by the Prime Minister. Government will want certainty of a vote in favour of Article 50 and will take some time to get all its ducks in a row in Parliament. Equally MPs and Lords may debate the issues at length and, in particular, they may want more information on the Government’s negotiating position before agreeing to a vote on Article 50.

It is up for debate whether Parliament will stand down from the Government’s position on control of immigration and reclaiming sovereignty from the European Court of Justice. This means that continued membership of the Single Market remains in the balance. That said, MPs and Lords may seek to debate the issues in greater detail and make agreement to Article 50 dependent on specific conditions that could ‘soften’ the government approach. These could include:

What does this mean for business and other organisations in the UK?

In the short term this creates greater uncertainty and instability: the timing and approach to Brexit is now less clear cut. In the longer term the decision may be beneficial to ensure more time is taken in preparation for Brexit negotiations. The pound rose following the news, based on an expectation that more debate and scrutiny on the detail of Brexit will allow for a better outcome and more opportunities for organisations across the economy and society to inform the UK’s negotiating position.

Organisations should continue to plan on a ‘hard Brexit’ by March 2019 scenario, whilst keeping this under review as events develop over the coming months. 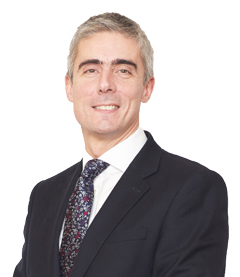