Election 2019: what the Labour Party manifesto means to you

With a general election confirmed for 12 December, the political parties are now in the process of launching their manifestos.

The Labour Party Manifesto 2019 and accompanying document ‘Funding Real Change’ sets out a number of radical policies. We summarise below the key tax polices announced including: 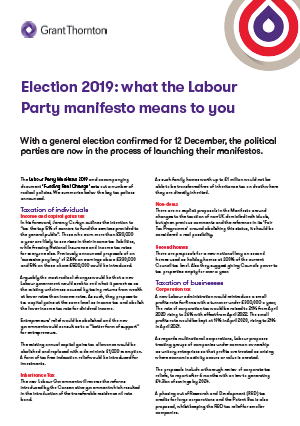