Brexit Day – To Be Confirmed

It has been another rollercoaster week in the land of Brexit, with plenty of twists and turns and some within hours of each other.

St Patrick’s day brought no luck for the UK Prime Minister, Theresa May, when the Speaker of the House of Commons referred to a 400 year old law which prevents the same motion being voted on again. This left last week’s forecasts of another meaningful vote scrapped and focus turned to extending Article 50.

There has been, at least, a little more clarity around Brexit day on 29 March, with the UK government requesting an extension to Article 50. The EU have agreed to an extension but have with the following conditions:

What will happen next week?

There is likely to be another vote in Parliament on the Withdrawal Agreement on Monday (25 March 2019). However, in order for the current deal to be approved, at least 75 MPs need to back down from their opposition to this agreement; this has not changed and some positions have hardened.

It could be a case of third time lucky and MPs do approve the Withdrawal Agreement! The extension period of nearly nine weeks to 22 May should enable the full legal ratification of the agreement although with no certainty of the outcome until the Withdrawal Agreement is incorporated into UK law (to the satisfaction of the EU) a no-deal Brexit remains a possibility even at the end of this extension period.

If rejected, a no deal Brexit on 12 April becomes the new default unless MPs provide a clear alternative.

At this late stage a no deal Brexit remains a very real possibility – the UK government hit the button on their no deal contingency plans yesterday, 21 March. If you are not yet ready for Brexit: clear your diary, get your team together and get onto it; it is not too late, and our guidance provides some actions you can still take. 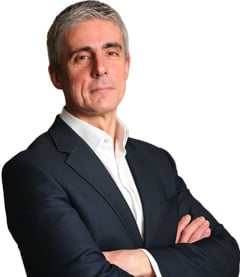